ADELE was born on, 5 May 1988, London, England. Her full name is Adele Laurie Blue Adkins. She is a singer & songwriter. In 2006, after graduation, Adele signed a recording contract with XL Recordings. She received so many achievement awards in which, the BBC Sound of 2008 poll,  Brit Awards Critics’ Choice Award, Best Original Song from SkyFall, International Work of the Year, Most Played UK Artist on Commercial Radio, Best Female R&B/Pop Artist, Billboard Chart Achievement, Top Hot 100 Song, Breakthrough and so on. ADELE has a countless list of awards and achievements. ADELE most top Billboard songs are Hello, Skyfall, When We Were Young, Set Fire To The Rain, Send My Love and so others. She is the 2nd richest singer in the UK. Her net worth is £150 million. we at Lessons Learned In Life love to share the ADELE Quotes of Motivation and Inspiration. We compile the Top Inspiring ADELE Quotes for you to be inspired and find them comforting and helpful in your life.

3.“Whenever I’m about to eat meat I always see my little dog’s eyes.” — ADELE

4.“I’ve got some news… I’m delighted to announce that Simon and I are expecting our first child together. I wanted you to hear the news direct from me, obviously, we’re over the moon.” — ADELE

“I’ve never wanted to look like models on the cover of magazines. I represent the majority of women and I’m very proud of that.” — ADELE

6.“Exploiting yourself sexually is not a good look. I don’t find it encouraging…I just stand there and sing. I’m not worried that I’m a ‘plus-size’ and so much bigger than other artists. No matter what you look like the key is to be happy with yourself.” — ADELE

7.“I like having my hair and face done, but I’m not going to lose weight because someone tells me to. I make music to be a musician not to be on the cover of Playboy.” — ADELE

8.“There’s a fire starting in my heart” — ADELE

9.“I’ve seen people where it rules their lives, you know, who want to be thinner or have bigger boobs, and how it wears them down. And I just don’t want that in my life.” — ADELE

10.“Heartbreak can definitely give you a deeper sensibility for writing songs. I drew on a lot of heartbreak when I was writing my first album, I didn’t mean to but I just did.” — ADELE

12.“I like looking nice, but I always put comfort over fashion. I don’t find thin girls attractive; be happy and healthy. I’ve never had a problem with the way I look. I’d rather have lunch with my friends than go to a gym.” — ADELE

13.“I have insecurities of course, but I don’t hang out with anyone who points them out to me.” — ADELE

14.“I’d lose weight if I was an actress and had to play a role where you’re supposed to be 40 lbs lighter, but the weight has nothing to do with my career. Even when I was signing a contract, most of the industry knew if anyone ever dared say lose weight to me, they wouldn’t be working with me.” — ADELE

“I’m like Johnny Cash. I only wear black.” — ADELE

16.“The focus on my appearance has really surprised me. I’ve always been a size 14 to 16, I don’t care about clothes, I’d rather spend my money on cigarettes and booze.” — ADELE

18.“The way I write my songs is that I have to believe what I’m writing about, and that’s why they always end up being so personal – because the kind of artists I like, they convince me, they totally win me over straight away in that thing. Like, ‘Oh my God, this song is totally about me.’” — ADELE

19.“I doubt I’ll be singing forever, because at some point people aren’t going to want to hear my music, and I hope that I’ll still get the opportunity to write songs.” — ADELE

21.“It’s never been an issue for me – I don’t want to go on a diet, I don’t want to eat a Caesar salad with no dressing, why would I do that? I ain’t got time for this, just be happy and don’t be stupid. If I’ve got a boyfriend and he loves my body then I’m not worried.” — ADELE

23.“Let the sky fall, when it crumbles – We will stand tall – Face it all together” — ADELE

24.“Don’t underestimate the things that I will do.” — ADELE 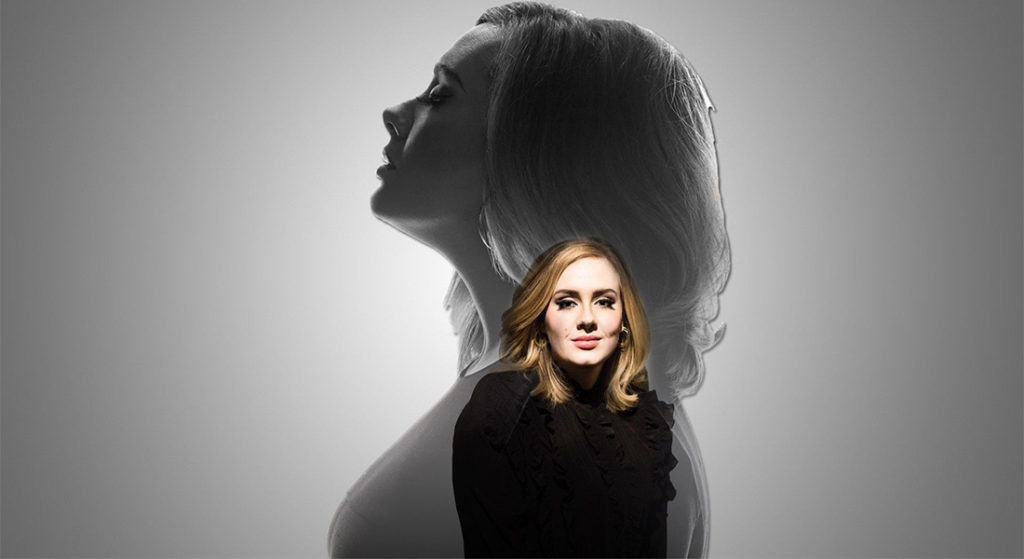